BIGBANG‘s G-Dragon has purchased and moved into a luxury penthouse apartment worth ₩9 billion KRW ($7,313,510 USD) in Hannam.

According to an exclusive report from Financial News, luxury apartment complex NINE ONE HANNAMrecently began having its residents move into their new apartments, and G-Dragon was one of them.

G-Dragon moved to this apartment complex after previously living in Galleria Forest, in Seongsu-dong. It is known that G-Dragon moved into on of the penthouse suites, which is 90 pyeong (3,200 sq ft) in size. Other famous Koreans that will be moving into the apartment complex include Bae Yong Joon and Park Soo Jin, trot singer Jang Yoon Jung, and a member of Lotte Group‘s executive board. A large number of high-ranking political and business leaders are also expected to move into the complex.

NINE ONE HANNAM is a high-grade apartment complex consisting of 9 buildings and 335 houses ranging from 75 to 101 pyeong in size. Each house is equipped with its own private elevator and terrace. NINE ONE HANNAM is a luxury residence that is designed and constructed as a stand-alone housing concept and set a new record for highest pre-sales prices in Korea.

G-Dragon has also posted pictures from what appears to be his new penthouse on his Instagram account.

Take a look at what the smallest, 75 pyeong apartment looks like, and then upgrade it even more to get G-Dragon’s penthouse!

And also take a look at all of the extra amenities the complex has, ranging from guest rooms and breakfast service to its own video golf area. 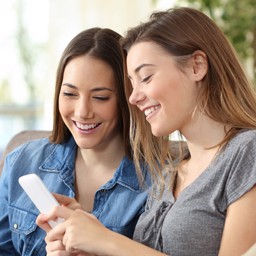